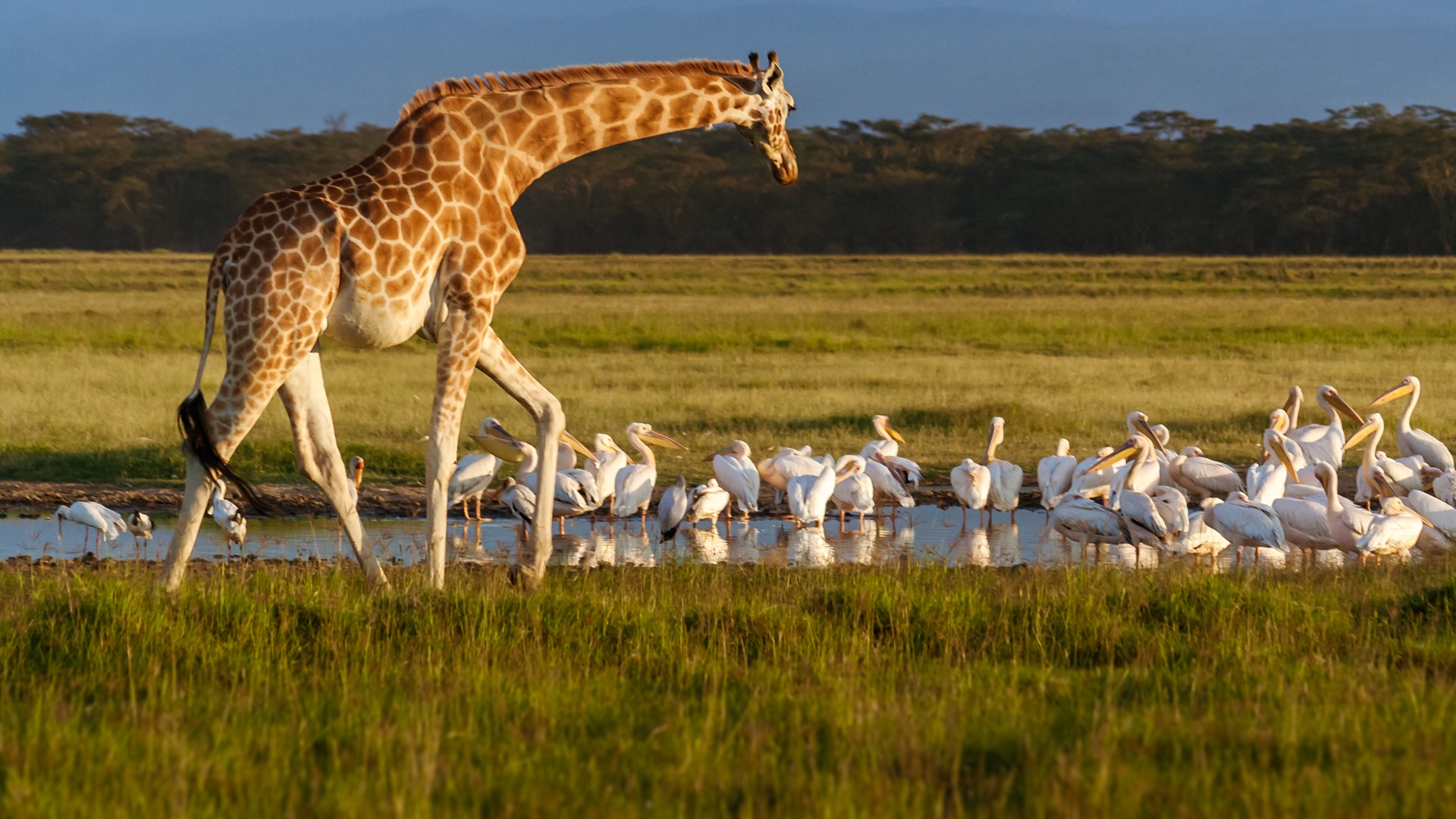 Lake Nakuru National Park is situated 154km North-West of Nairobi.And if you are already in Nakuru, it only takes 5km to reach the park’s main gate. The park is found in Nakuru and it occupies areas that surround Lake Nakuru.  The park is also accessible by air; you can take a chartered flight from Nairobi or any other area to Naishi airstrip.  With a favorable climate throughout the year, Lake Nakuru National Park has got a wide range of activities:

The park is famous for the flamingos.  Thousands and some times, millions of Flamingos are seen on the shores of Lake Nakuru which makes it a park like no other where you could witness such an experience. Unlike flamingos, there are other bird species within the park and these include hammerkops, Goliath heron, African fish eagle and others.

There is a wide range of wildlife species to view when you visit Lake Nakuru National Park.  The best way to enjoy this experience is by going for a game drive around the park via designated trails. Some of the species to encounter include lions, cheetahs, leopards, waterbucks, eastern black rhinoceros, and southern white rhinos. It should be noted that part of the park was split to create a sanctuary for black and white Rhinos and giraffes. The efforts have really paid off.  The park has the largest concentration of black and white Rhinos in Kenya. There are over 550 plant species for flora enthusiasts. Some of the tours that include Lake Nakuru can easily be combined with Lake Naivasha, other rift valley lakes like Lake Elementaita, and Masai Mara National Reserve.

Hiking is possible within the park. There are several view-points that you can’t miss and these include the lion hill, baboon cliff and out of Africa. All these offer scenic view of the park. For those that are interested in camping, there are several camping sites for you to choose from. Enjoy a visit to Lake Nakuru National Park.