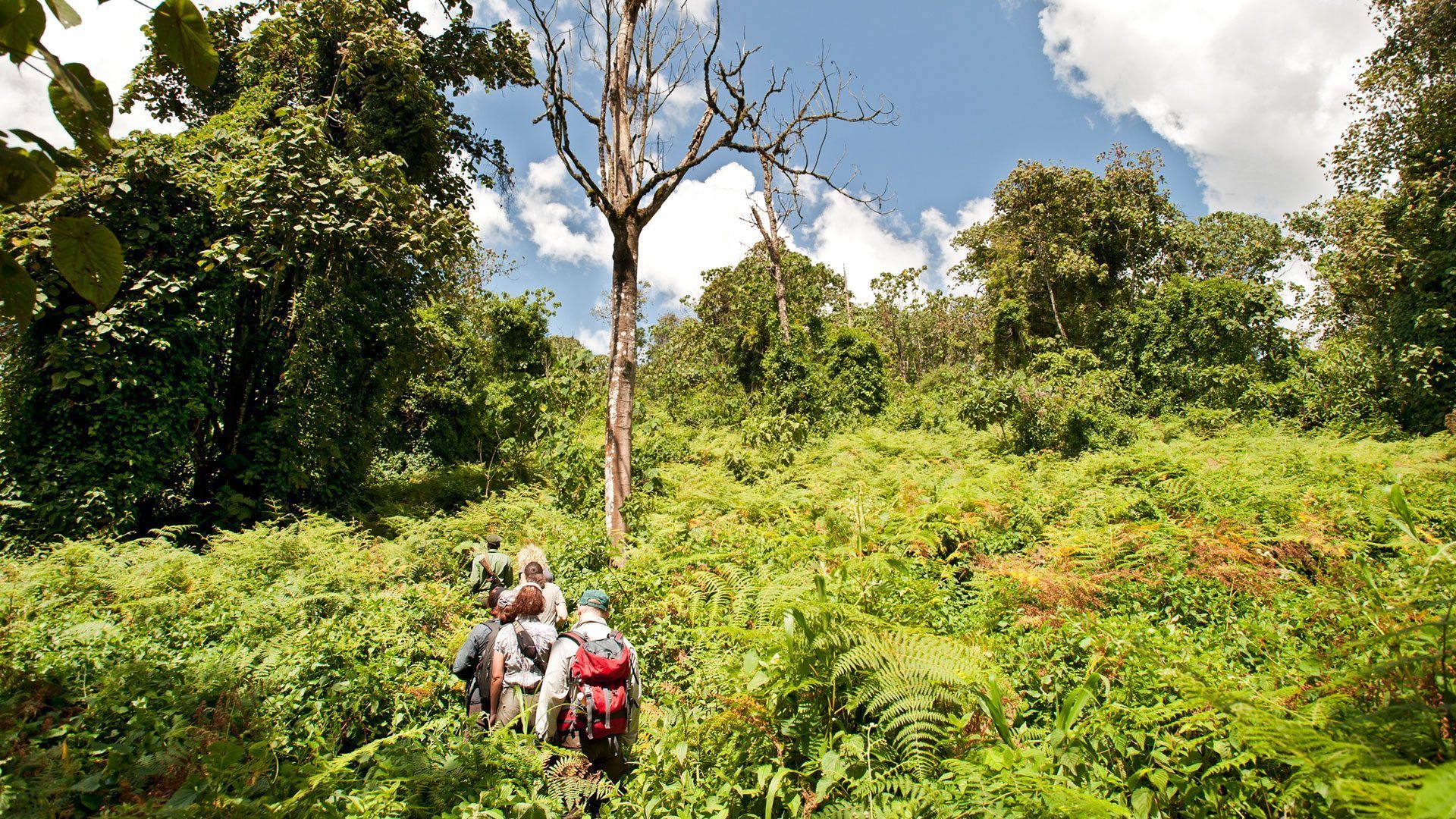 Udzungwa Mountains National Park in Tanzania is located in Southern Tanzania not far away from Mikumi National Park and also closer to Selous Game Reserve. The park is located some 350 Kilometers from Dar es Salaam and 65 Kilometers from Mikumi National Park. The park consists a range of mountains that is part of the Ancient Eastern Arc Mountains that span from the Taita Hills in Kenyan across Eastern and Southern Tanzania and into Malawi.  The archipelago of isolates massifs has been referred to as the Galapagos of Africa owing to its richness in endemic animals and plants that cannot be found anywhere else in the world. Among the ranges of the Eastern Arc in Africa, only the Udzungwa Mountains in Tanzania that range from 250 meters to above 2000 meters have been protected and gazette as a national park to ensure that the natural beauty will live n for generations to come.  100 feet high trees layered with fungi , lichens and mosses as well as ferns is what you expect at Udzungwa Mountains National Park, so it is nature at its purest.

For bird watching safari lovers and ornithologists this is a must go and a birders haven so to speak with more than 400 species recorded. The rare species which are endemic to the Ancient Eastern Arc include the readily easily spotted Green headed oriole among more than a dozen more endemic species.

The Udzungwa Mountains National Park is also a home to some 10 species of primates of which 4 of them cannot be seen anywhere else in the world. These includes the Sanje Crested Mangabey, the Iringa red colubus monkeys, the Matundu galago and the Mountain dwarf galagos also referred as bush babies, Komba in native Swahili language. Such is the richness and uniqueness of the National Park that there is ongoing research going on in the park every time and many more endemic species are bound to be discovered with time.

The Udzungwa National Parks size is relatively small at 1990 km sq but the biodiversity is just enormous. Hiking or walking Safaris is the main activity and you will be amazed by the beauty of the hiking trails as you trek up to the Sanje waterfalls being a great spectacle within the park. The stunning views of the Kilombero Valley below is also next to none. Just a feast for the eyes and mind.  The Sanje waterfalls that drop in 3 stages at 200 m, 70 meters and 40 meters the falls have a natural pool each offering amazing swimming chance under the African sun.

Hiking trails at the Udzungwa National park includes the below trails:

Sonjo trail that span 6 kilometers and takes 3 hours has 2 waterfalls, birds the miombo vegetation and the rare primates as its special attractions.

Sanje Circuit goes for 5 Kilometers and it takes about 4 hours of trekking perfect for a full day of hiking at Udzungwa Mountains National Park. This one has 3 waterfalls as well as butterflies, primates birds in addition to the lush vegetation.

Prince Bernhard Trail is the shortest for 1 Kilometers only and it takes about 40 minutes a perfect hike for an afternoon. This trail boasts of small waterfalls, baboons, primates, birds, the red duikers as well as stunning views of the Bokela Mountain.

The Mwanihana Trails spans 38 Kilometers and the longest in the park. It takes at least two but better 3 days / 2 nights with the summit being at 2150 meters at Mwanihana peak. The trail is very interesting with vegetation changing as the altitude changes as you hike up.

The Park is accessible all year round but best tours are before the long rains in that come in April and May but also the short rains in November can be uncomfortable to do the walking and hiking safaris in Udzungwa Mountains.

The park can be toured as a short hiking safari from Dar es Salaam or as part of a longer safari that includes, Mikumi National Park and Selous Game Reserve as well as the far flung Ruaha National Park.

For free and advise on how, or when or how to do hiking at Udzungwa Mountains or to include the Udzungwa as part of your safari in Southern Tanzania circuit please contact our safari experts by email  or call us any time.