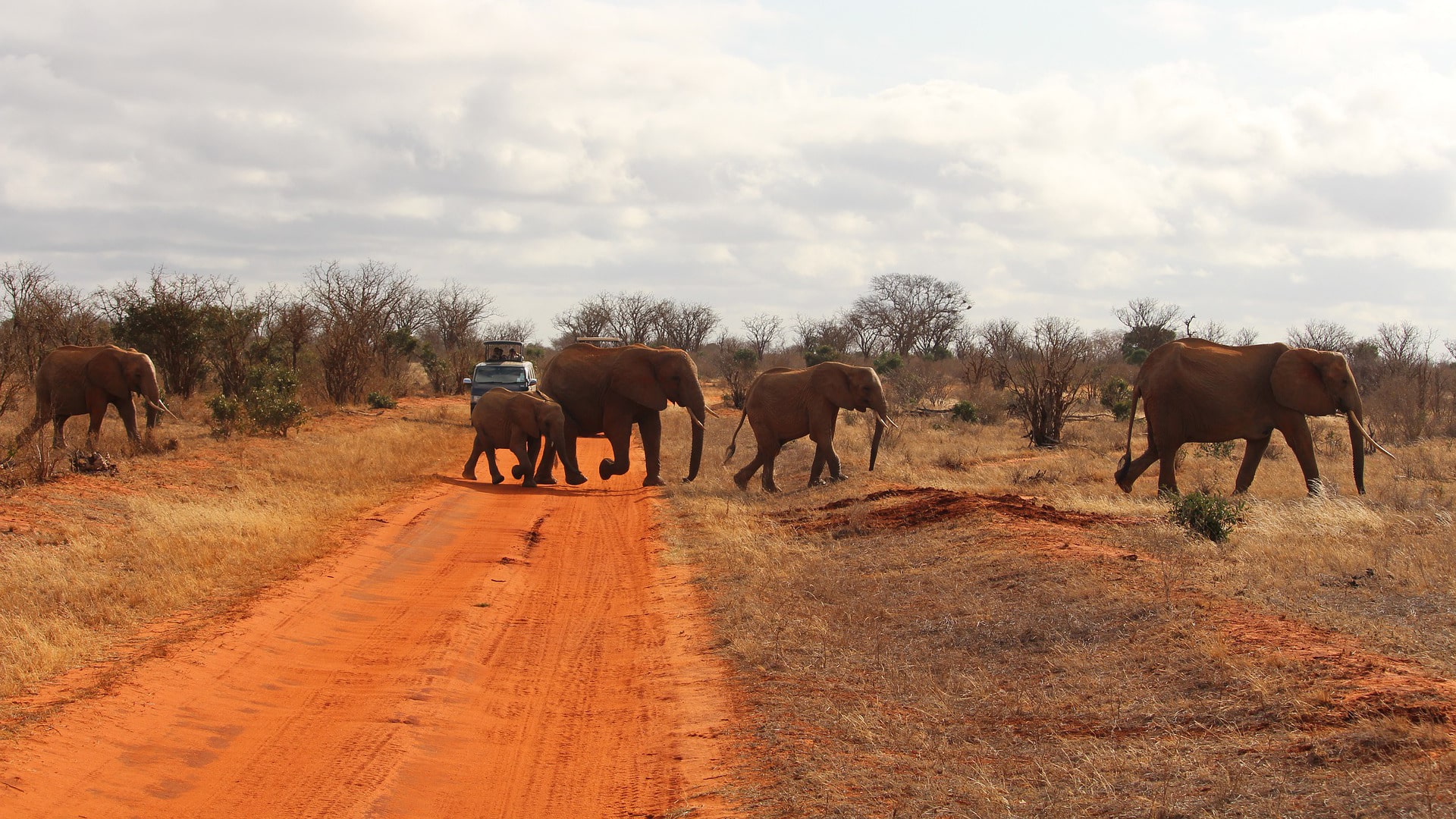 Tsavo East National Park is one of the largest national parks in Kenya. The park is situated near the town of voi in the former coast province. The park is 250 km from Mombasa and 233 km south of Nairobi. Tsavo East National Park is one of the most accessible parks in Kenya. By air, there are over 5 airstrips which you can use to access the park and some of these include Voi,Aruba, Sangayaya, Bachuma,Mopea and others.The park was named after Tsavo River which crosses through the park from West to East. AThi and Tsavo River converge to form River Galana which provides water to most to park inhabitants. Formed in 1948, it is one of the oldest national parks in Kenya and it inhabits a lot of flora and fauna.  There are some many world-wonder tourism attractions to the park and these include:

In terms of game viewing, Tsavo East national park can never disappoint. There are milliards of wildlife to catch the eye’s attention. The park is mainly famous for the red-dusk Elephants. These are normally seen wallowing through the blue waters of River Galana. Other species within the park include East Africa hedgehog,East African red squirrel,Lion,Impala, small-spotted genet,bat-eared fox,hartebeest,vervet monkeys, blue duiker,caracal, baboon,aardwolf,Cape buffalo,cheetah,side-striped jackal,mongoose, spotted hyena, African hunting dog,Elands and other species. A game drive through the park normally reveals most of these animal species. And because of the rivers that follow within the park, hippopotamus, crocodiles, waterbucks and other aquatic wildlife species are viewable up close.

With over 500 species of birds recorded, there are greater opportunities to view most the bird species within the park. Some of the species to watch out for include the herons, kingfishers, ostriches, weaver birds, secretary birds,buzzards, starlings and others.

The Yatta plateau which is the world’s longest lava flow in the world is located in Tsavo East National Park. This plateau stretches to over 300 km. This lava flow was as a result of eruptions at Ol donyo Sabuk Mountain.

The lugard falls which were named after Frederick Lugard flows from River Galana.