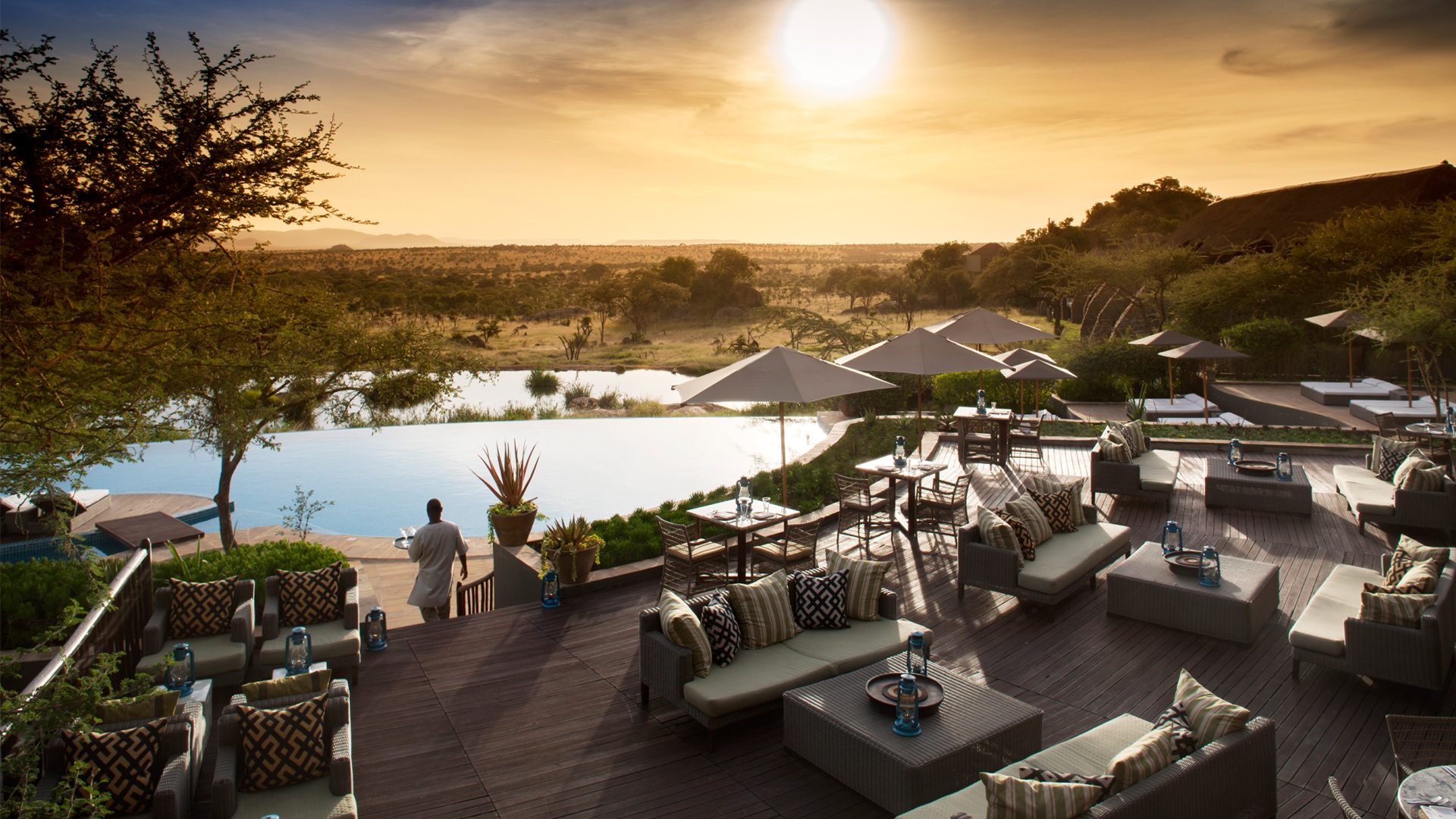 During your safari in Tanzania, you will most probably stay in no hotel or probably you may stay in only one hotel in Northern Tanzania or Southern Tanzania. The places where you can stay in a city hotel are only Arusha, and Dar es Salaam. The other place is at Zanzibar where you will stay at a hotel in Stonetown or a Beach hotel or Resort.

On your arrival in Tanzania and if arriving in via Kilimanjaro International Airport and staying in and around Arusha we can offer you a stay in a city hotel or a safari lodge depending on your preference.

During the Tanzania Wildlife and Cultural Safari part of your tour, you will most likely stay in a safari lodge or a tented camp/lodge.

First of all, let us demystify the perception of many people that tented camps are cheaper than lodges. That is a lie. Lodges and tented camps all come under the same standards and categories and prices as well. The only difference is style. While lodges are built in brick and mortar, meaning they are really walled rooms and buildings, the tented camps are tented rooms and houses made out of canvass.

The services offered however in lodges and tented camps are similar.

Tanzanian lodges and tented camps may not be to the Internationally recognized “ star System “ of grading because it is sometimes disappointing to tell someone that a lodge / tented camp is 5 star but when he/she arrives it is not up to his her expectation.

To avoid that we have classified the lodges and tented camps in Tanzania in our own way of grading and we have now 4 categories according to our grading at Tanzania Safari Supremacy.

Some of the lodges/ tented camps we use for or Safaris can be classified as below:

These are just a few lodges/ tented camps for a guidance of how we classify the accommodation but for more info and advise on where to stay during your Tanzania Safari please contact our experts.

Tanzania Safari Lodges and Camps can also be sorted by the hotel chains available. Some are old pioneers of the safari Industry and some are new comers to the business but doing a great service.

The most notable Hotel chains in tanzania Can be categorized as below.